being in the world


Before I left I washed my feet. They became a little less dirty. Clean enough for the pair of socks I washed the other day. Too dirty still to sit in the train with bare feet. It will take a while before they are really clean again. 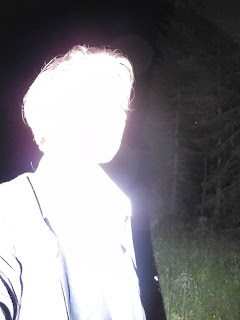 I wanted to leave my working trousers behind. After all those weeks, washing them wouldn’t be of much use. But they remembered me of somebody telling me they are as blue as the lakes are in the north, in Lapland. Where they only have summer for 1 month and 11 months of winter the rest of the year. Too short a summer to have time to fear the winter.

Some things can be enjoyed best when they last so much shorter than you want to.

The other day Emil told us this story. When he was working on a paper in the library of Sunne, an old woman came up to him. She looked at him solemnly and asked:”Young man, do you live in the woods?” When Emil said yes she just nodded and went on with her business.

In this world we have rules for everything. For three weeks I managed to evade some of them. I lived with people who live in the woods and are building their homes there. Some of the rules in the forest aren’t any different than they are in the other world. You can’t build a house without an official permit for instance. But what does it matter if the landowner agrees? If it isn’t in anybody’s view?
Some of the rules don’t exist. A lot of the unwritten ones don’t. You can walk around naked. You can abstain from a shower for three weeks or longer. You can eat food that is inedible according to the supermarket. You can have hairy legs and still be a desirable woman. You can wear the same cloths for weeks on end.

I was happy there. No worries other than having too little sun to charge the computer with the solar panel. Which meant having more time to spend with my colleagues. Good times. People like me who try to figure out how they want to lead their lives. People who want to be outside the system. People who try to live without money, according to their own rules. People who care for nature, for self sufficiency, for the beauty in the small things. People who are willing to experiment, to fail, to try again. People who smile a lot. People who care.

I wanted to stay. But I had to leave. I had made promises in the other world.

In the train from Copenhagen to Amsterdam I sat next to a young man. He didn’t speak any English or German or any of the Scandinavian languages. At some point I heard him talk to a woman in an Arabic sounding language. At every station he stood up and walked to the  window slowly, opened it and stared outside.
After we had crossed the German border the police wanted to see our passports. They spent a long time staring at the young man’s pass and then told him he was illegal and they were going to arrest him. He seemed not to understand their English or German but he understood what they meant. They searched him, made him sit down again and didn’t allow him to make a phone call when he tried to. At the next station they handcuffed his right hand to his bag. The only thing I could do was wish him all the best and put my hand on my heart. He smiled a sad smile.

I returned. A scar in the shape of a heart on my left underarm. Dirty footsoles. Fingers too swollen to wear a wedding ring. Greener fingers. A greener brain. Filled with new thoughts. New ideas I want to share with old friends. New memories. A happy sadness.
Because from now on I’ll be slowly starting to get used to missing my new friends. Missing picking blueberries for breakfast. Missing swimming in the lake. Missing the solitary early morning hours, the first coffee at Andrea and Jeppe’s, Maddy’s weed salads, improvised dumpster dinners, the joy of a tasty lunch after hard manual labour. Listening to people making music around a fire. Learning about plants, about soil, about building.

I returned. I took a shower. I made coffee without having to fetch water first, without having to make a wood fire. I went to the Turkish baker who runs a small shop across the street to buy a croissant. His usual smile was missing, his eyes were red. He told me that in a month he would close his shop. He simply didn’t earn enough and all his attempts to turn things around, to invest in a few tables so he could have a small cafe, serving some of his delicious food and snacks, in getting the proper licenses, were sabotaged or ignored by the local authorities.

I bought 6 croissants instead of 2, sat in my noisy garden remembering Rasmus the rooster breaking the silence in the mornings. I built a small snailhouse for 4 Swedish Burgundy snails. I made more coffee. Ate another croissant. Looked at the snails. I realised leaving means you can go anywhere. Leaving means you can return if you want to. I left. But I mainly left my fears.

I could be sad. I should be. But I am not.
Something is only just beginning. 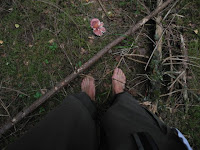